‘Web of Science’ to be sold to private-equity firms 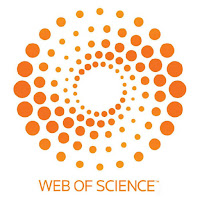 The vast science-citation database ‘Web of Science’ will be sold by its long-time owner, Thomson Reuters, as part of a US$3.55-billion divestment of the firm’s intellectual-property and science division.

The deal, according to an announcement on 11 July, will transfer the division to private equity funds affiliated with Onex Corporation, based in Toronto, and Baring Private Equity Asia, headquartered in Hong Kong. But industry observers expect that the new owners will later break up the division and resell its parts for a profit.

Thomson Reuters, a multinational news and information company, had long been expected to part with the division, which employs some 3,200 people, to focus on its core businesses of financial, trade and regulatory information.

“Private-equity groups only buy something when they have an idea of how they will resell it later,” says Joseph Esposito, who heads Processed Media, an academic and professional publishing consultancy in New York City, and who is a former chief executive of the Encyclopaedia Britannica.

Esposito speculates that the equity funds have calculated that the expansion of science and innovation in Asia makes the businesses ripe for growth, and so for reselling — in particular, Thomson Reuters’s patent databases, such as the Derwent World Patents Index. “We should not be surprised to find that some pieces of the new acquisition get spun off,” he says.

Any future owner of the division’s science-metrics products, which include the subscription-based platforms Web of Science and Journal Citation Reports, is unlikely to change them much or to innovate, as these services are already mature and profitable stand-alone products, predicts Esposito: “They are cash cows.”

The sale, which is subject to approval by regulatory authorities, has also sparked speculation over who might eventually end up buying the products from their private-equity owners. David Worlock, an independent UK-based publishing consultant, speculates that Nature’s parent company, Springer Nature, might be one potential suitor. The company says that it has no comment to make.

Yvonne Nobis, head of science-information services at the the Betty & Gordon Moore Library at the University of Cambridge, UK, suggests a more radical option. “Should the academic community buy @webofscience ? We need metrics to be publisher neutral,” she tweeted.