2016 Google Scholar Metrics released: a matter of languages... and something else

WHAT IS NEW IN GOOGLE SCHOLAR METRICS 2016?

We can only be delighted by the publication of the new edition of Google Scholar Metrics (GSM) (Thursday, July 14, 2016,6:44 PM). These fifteen days of delay respect to the release of the previous version in 2015 (Thursday, June 25th, 2015,  12:16 PM) were starting to worry us, but we see now that these worries were unfounded. This year, GSM has been the last product for journal evaluation through citation analysis to be updated: the new editions of the Journal Citation Reports, Journal Metrics, and the SCImago Journal Rank were released in June. 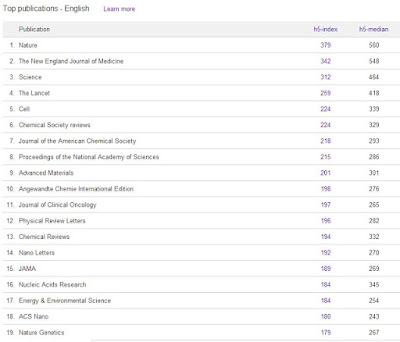 As we said last year, we can only welcome that the American company has decided to keep supporting GSM, a free product which is also very different from traditional journal rankings. Competition is healthy, and scientists can only be pleased about this variety of search and ranking tools, especially when they are offered free of charge.

There haven't been any structural changes in this new edition. The total number of publications that can be visualised in the 2016 rankings is 7,398. Now, however, since 1,664 of them (22,5%) are classified in more than one subject area, the number of unique publications is lower: 5,734.

The main differences respect to last year's version is the inclusion of five additional language rankings (Russian, Korean, Polish, Ukrainian & Indonesian) and the removal of two language rankings: Italian, and Dutch. The addition of new language rankings is welcome as they enrich the product. That's why we don't understand why they decided to remove the Italian and Dutch rankings. 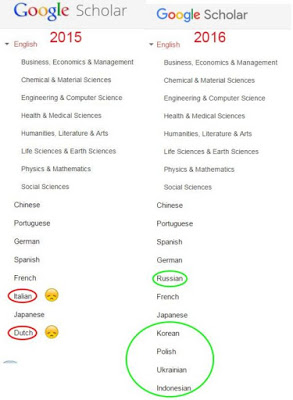 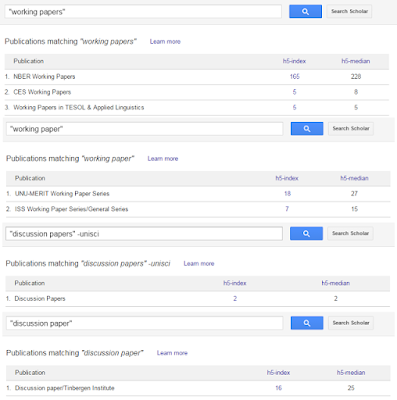 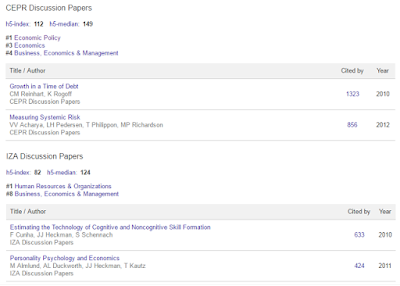 One might think this has been caused by a change in GSM's inclusion policies [1]. They may have decided to remove all working papers and discussion papers, but if that were the case, they shouldn't have included other working paper series, like NBER Working Papers, currently #1 in the general category Business, Economics & Management, and also #1 in the subcategory Economics. They have also maintained all the subcategories available at arXiv. This is clearly inconsistent.

Apart from these differences, Google has just updated the data, which means that some of the limitations outlined in previous studies still persist [2-7]: the visualisation of a limited number of publications (100 for those that are not published in English), the lack of categorisation by subject areas and disciplines for non-English publications, and normalisation problems (unification of journal titles, problems in the linking of documents, and problems in the search and retrieval of publication titles). 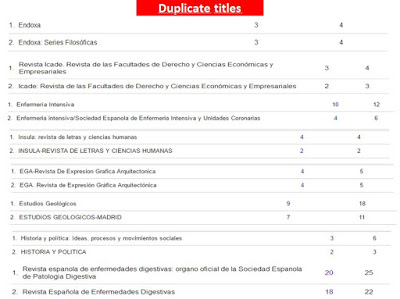 There are three different entries for the Brazilian Journal of Anestesiology. 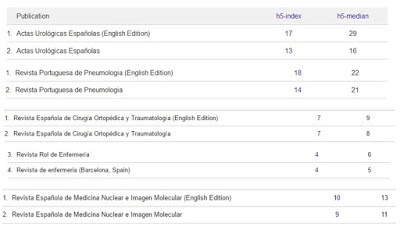 This decision is arguable, but at the very least, it should be applied consistently to all journals. The journal Revista Española de Cardiología, however, received a different treatment: the Spanish and English versions were merged. 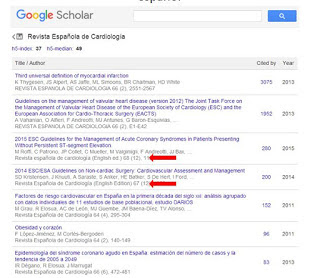 In the case of Revista Española de Enfermedades Digestivas and Revista Portuguesa de Neumología, they weren't able to successfully separate the two versions, since both versions present articles in the original languages (Spanish and Portuguese, respectively), and English.

In the case of  Giornale italiano di medicina del lavoro ed ergonomia, they only identified the English version, but not the Italian one.

There are also several errores related to the correct linking of documents, which point to references or incorrect full-texts. 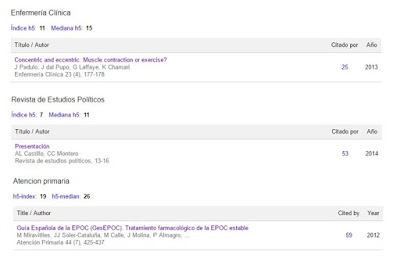 In some cases, like the journal Nutrición Hospitalaria, we find dead links, links to the PDFs in Scielo, links to Dialnet, and links to the various repositories where authors have archived their articles. Probably for this reason the title of the journal presents up to three variants. 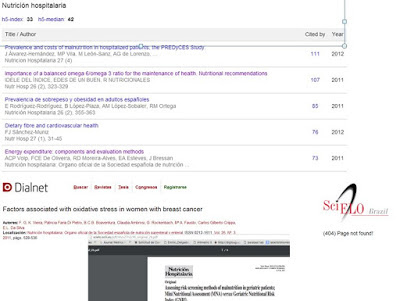 Over the years we have detected cases of journals that don't seem to meet all the criteria set by GSM to be included in this product (mainly the minimum of 100 articles published in the las five years), and nevertheless they are included. An example of this phenomenon is the journal Area Abierta, for which there are only 43 articles published between 2011 and 2015 indexed in Google Scholar, but still is included. Additionally, the most cited article in this journal is incorrect because it actually points to an article published in another journal. 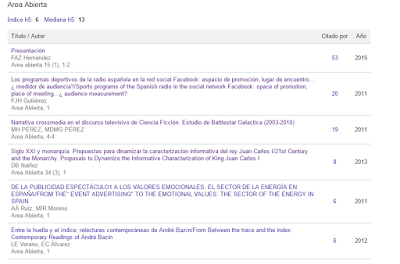 The journal Investigaciones de Historia Económica presents a similar case: this journal doesn't publish the minimum 100 original articles in the last five years, and still it is included in GSM. If we search articles published by this journal in Google Scholar, we see that this journal publishes a high amount of book reviews. Probably, these reviews were considered as articles when the data was computed. 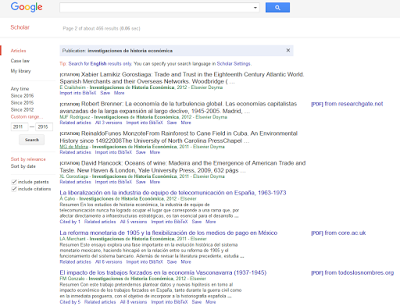 Lastly, it should be reminded that journals not always present an uniform typographic design in their titles or the titles of the articles. 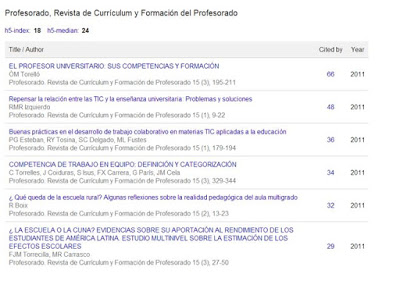 Having said that, there are fewer errors than in previous years.

In our previous studies, we have described again and again the underlying philosophy embedded in all of Google’s academic products. These products have been created in the image and likeness of Google’s general search engine: fast, simple, easy to use, understand and calculate?, and last but not least, accessible to everyone free of charge. GSM follows all these precepts, and it is, in the end, nothing more than:
To sum up, GSM is a minimalist information product with few features, closed (it cannot be customized by the user), and simple (navigating it only takes a few clicks). If GSM wants to improve as a bibliometric toolit should incorporate a wider range of features. At the very least, it should: