Is SciELO a Publication Favela?

Scholarly open-access publishing has little value when it’s effectively hidden and almost no one reads the published research. It’s possible for a scholarly article to be open-access but largely hidden from the world. Here’s how.

Commercial publisher platforms effectively help expose and promote published research. Publishers maintain close connections with libraries and very effectively distribute their content— both subscription journals and open-access journals — to actual library users, including faculty, students, and postdocs. Commercial publishers work with databases to ensure their published content is indexed. They add value to published articles by making it easy for citation management metadata to be easily exportable. The make available alerting services so researchers know when a new article relevant to their research appears. 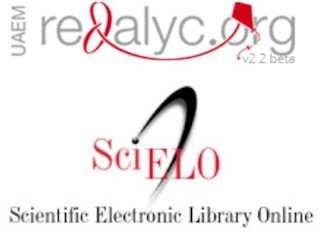 Meta-publishers such as SciELO and Redalyc aggregate scholarly content but do a poor job of distributing it or increasing its visibility, despite the fact that both services are open-access. Many North American scholars have never even heard of these meta-publishers or the journals they aggregate. Their content is largely hidden, the neighborhood remote and unfamiliar.

The Brazilian government is aware of this, and last year it invited representatives from six of the world’s top scholarly publishers to give presentations and bid on taking over the management of some Brazilian open-access journals.

The government knows that commercial publishers would do a much better job of exposing Brazilian research, and it wanted to take advantage of this, for the benefit of Brazilians. The effort was halted, however, when excluding Brazilian companies from the bidding process was determined to be illegal, a major setback for the better promotion and exposure of Brazilian science.

Thomson Reuters is making a new product available called the SciELO Citation Index. It may give greater exposure to content aggregated in SciELO, but how many libraries will license the product?

So, what’s the best neighborhood for one’s published work? There are thousands of unaffiliated, unknown open-access journals published all over the world that are very effectively hiding the research they publish, despite being OA. Their content is not indexed (except perhaps in Google Scholar, a database poisoned by fringe science), and it’s just sitting there with little value added to it. Much of it will disappear over time. Because copyright of the articles is retained by authors, there may be little future interest in maintaining, publishing, and promoting the content.