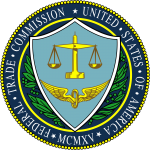 The U.S. Federal Trade Commission has charged a publisher of hundreds of academic journals with deceiving readers about reviewing practices, publication fees, and the nature of its editorial boards.

Here’s more from a news release about the suit:


"The FTC’s complaint alleges that OMICS Group, Inc., along with two affiliated companies and their president and director, Srinubabu Gedela, claim that their journals follow rigorous peer-review practices and have editorial boards made up of prominent academics. In reality, many articles are published with little to no peer review and numerous individuals represented to be editors have not agreed to be affiliated with the journals.

According to the FTC’s complaint, OMICS does not tell researchers that they must pay significant publishing fees until after it has accepted an article for publication, and often will not allow researchers to withdraw their articles from submission, thereby making the research ineligible for publication in another journal. Academic ethics standards generally forbid researchers from submitting the same research to more than one journal."

Click here for a full version of the lawsuit, which was filed yesterday in Nevada.

A spokesperson for the FTC confirmed to us that this is a precedent-setting case:


"This is our first case against an academic journal publisher."

He declined to say whether the FTC was investigating other publishers who have been accused of similar tactics.

If successful, the FTC suit could result in the court asking OMICS to return money to some researchers, among other penalties:


"Award such relief as the Court finds necessary to redress injury to consumers resulting from Defendants’ violations of the FTC Act, including but not limited to, rescission or reformation of contracts, restitution, the refund of monies paid, and the disgorgement of illgotten monies…"

The suit does not list a specific monetary amount.

The press release includes a statement from Jessica Rich, Director of the FTC’s Bureau of Consumer Protection:


"The defendants in this case used false promises to convince researchers to submit articles presenting work that may have taken months or years to complete, and then held that work hostage over undisclosed publication fees ranging into the thousands of dollars…It is vital that we stop scammers who seek to take advantage of the changing landscape of academic publishing."

The FTC also alleges that OMICS “regularly deceive consumers” by promoting academic conferences that lie to researchers that prominent researchers will be attending, then charge high registration fees.

The OMICS group is on Jeffrey Beall’s list of “potential, possible, or probable” predatory publishers. In 2013, the publisher threatened to sue Beall for $1 billion; Beall has written extensively about the publisher on his blog.

OMICS is a major publisher, according to its website:


"OMICS International is the open access publisher and leading science event organizer, running 700+ Open Access Journals and organizes over 3000 Medical, Clinical, Engineering, Life Sciences, Phrama [sic] scientific conferences all over the globe annually with the backing of more than  50,000 editorial board members, 1000 scientific associations,  and 15 million followers to its credit. With its Open access journals and worldwide conferences, OMICS enjoys the global presence."

Here is a selection of our coverage of their journals.

Update, 8 p.m. Eastern, 9/1/16: OMICS has published a response to the suit, calling it “frivolous and baseless.”