After SSRN: Hallmarks of trust for subject repositories

On Tuesday 17th May, the scholarly communications community on Twitter erupted at the news that publishing giant Elsevier had acquired the Social Science Research Network (SSRN), a pre-print and publishing community focusing on social sciences and law. The acquisition seems designed to continue Elsevier’s move away from a content-driven business strategy towards one oriented on services and the monetisation of data and analytics, building on their purchase of Mendeley. Elsevier’s press release states that SSRN is “the top social sciences and humanities scholarly repository in the world”, with “670,000 papers from over 300,000 authors, and nearly 100 million full-text papers [downloaded] since inception.”

Although the move has been met with concern by open access advocates, SSRN’s sale is undoubtedly most troubling for its users, many of whom seem to have been previously unaware that it has been owned by a privately held corporation since its inception in 1994. For although SSRN has traditionally used permissive and revocable licenses for its content, Elsevier has in the past been unyielding in enforcing its copyright. Hence, SSRN CEO Gregg Gordon’s insistence that “both existing and future SSRN content will be largely unaffected” will not assuage the fears of researchers and open access advocates such as Paul Gowder

University of Iowa law professor, who worry that Elsevier will “adopt aggressive interpretations of its own contract and copyright rights and then implement those interpretations by fiat on the massive platform that it now owns”. Added to this are concerns for the proprietary purposes to which Elsevier will now put the SSRN data, the intentions underlying their increasing incursion into the world of repositories and concerns at the levels of secrecy (standard for Elsevier) that the deal entails (what price was paid, for what specifically?).

Users will have to wait and see if Elsevier is as good as SSRN’s words. But as with the case of Mendeley before, many users already feel the sale as a betrayal. In their FAQs, SSRN say “authors who have contributed their research to SSRN have trusted us with their intellectual output. We are committed to fulfilling that trust…. We have never and will never behave opportunistically with our authors’ material.” But for users like Paul Maharg, who has deleted his SSRN account and recommends that others do the same, the manner of the sale already constitutes a breach of this trust:


‘Trust’, ‘respect’.  If that’s so, how come the first I heard of the acquisition of SSRN by Elsevier was on Twitter?  SSRN depends entirely on the many thousands of authors like me uploading stuff to its website.  I wasn’t asked what I wanted — I was told what would happen to my work, which was freely granted and posted with my own labour to SSRN, not Elsevier.  There was no respect over my right as a contributor … [I]t certainly feels to me like SSRN has behaved ‘opportunistically’ with my material.

The issue here is not that the company has been sold, nor that it has been sold to Elsevier specifically (though the fact that the buyer is the bête noire of the open access narrative surely doesn’t help). There is of course a place for private companies in the scholarly communications ecosystem. Running a for-profit is undoubtedly very hard and for many small companies, acquisition is their long term exit strategy. The issue is not public versus private but rather a wider one of trust. Services like Mendeley or SSRN are ”social” in nature – built to a large extent upon the contributions of their communities of users.  If communities of users bring much of the value that fuels services like SSRN, why should they be content to take at face value promises which might quickly disintegrate once they come into conflict with money-making? Surely these communities deserve a stake in deciding what happens to those services. Had users known that SSRN would eventually sell to Elsevier, many would not have joined in the first place. Now that they have, many would like to take their community elsewhere – with former users like Paul Gowder already discussing starting a new open repository for the social sciences, for example.

These issues lead naturally to the questions: what does an “open repository” look like? How are users to identify one, and upon which criteria should librarians and others responsible for recommending such services decide whether a service is to be recommended? As a first outline, drawing from Bilder, Lin and Neylon’s “Principles for Open Scholarly Infrastructure”, we can identify the following three characteristics for “open repositories”. 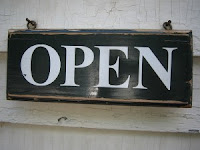 A model here (as with so much) is the arXiv, which began on August 14, 1991 as a way to share pre-prints in physics and now enables open access to 1,149,396 e-prints in Physics, Mathematics, Computer Science, Quantitative Biology, Quantitative Finance and Statistics. Still in its relative infancy in comparison (launching in 2013), Zenodo, the OpenAIRE repository hosted by CERN, is also a good example. Based on Open Source (Invenio) software, with open licenses wherever possible, Zenodo is currently addressing issues of open governance as part of its move towards sustainability.

The SSRN example shows that repositories and other services which build upon the contributions of their communities of users must earn the trust of their users – not through empty promises but in clearly designed policies to protect openness, transparency and stakeholder participation. The users of such services, as well as those who recommend them, should demand these hallmarks of trust. Where they are absent, such services are to be avoided.

Note 1: This post represents the author’s personal view, and does not necessarily reflect that of OpenAIRE.